Want to write for us or be featured?

Firstly, I’d like to express my condolences to poor Marianne who has clearly been renamed by the maker of this sign. Did it really not occur to you ‘maker of this sign’ that ‘mr’ is not a consonant cluster that exists in English? How do you even pronounce MRIANNE? Are the parking rates somehow not enough to cover the cost of printing a new sign? Well I guess not. They then remind us that despite having to pay for parking, the bathroom facilities are free of charge. Many individuals decide that the sea also serves as a free bathroom facility. We can assume then that the funds are invested into the upkeep of the beach and the FREE washroom facilities but a site visit would eliminate this assumption rather quickly.

Secondly, we can give the person the benefit of the doubt and say that they misspelled the word ‘maxi’ in the same way some of us don’t know all the colours.

However, a more interesting interpretation would be that they are referring to the Honourable Maxie Cuffie who ironically enough is the Minister of Communications. So, small Maxie would be charged a fee of $20 but God forbid he gains a bit of weight and becomes big Maxie because the price would increase by 100% to a whopping $40. We must note however that there doesn’t seem to be any charges for the other ministers. I wonder what his views are on this matter. 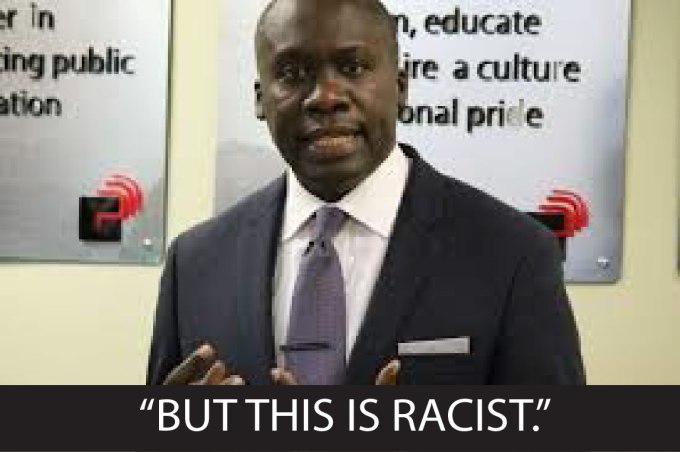 It has become evident that people no longer pay as much attention to their spelling and boy oh boy, it definitely shows. This has been attributed to many factors such as the increased use of slang and dialect as well as our beloved spell check. We really need to check ourselves when a child tries to write ‘until’ but ends up with ‘on till’ and this is but one of the many problems educators struggle with nowadays.

All in all, as a linguist I would be tempted to say that to an extent spelling does not matter but that in itself can be the topic of someone’s thesis and one for which I have neither the knowledge nor patience to talk about here. This is only part one so stay tuned for more in the ‘Spelling Duz Nut Matter’ series.

You know, as you mention thesis, many times it ran across to research just how important spelling is and I kind of regret not doing it because every second I spend on social media is equivalent to participant observation.

Tell me about it right. You always have your masters man lol