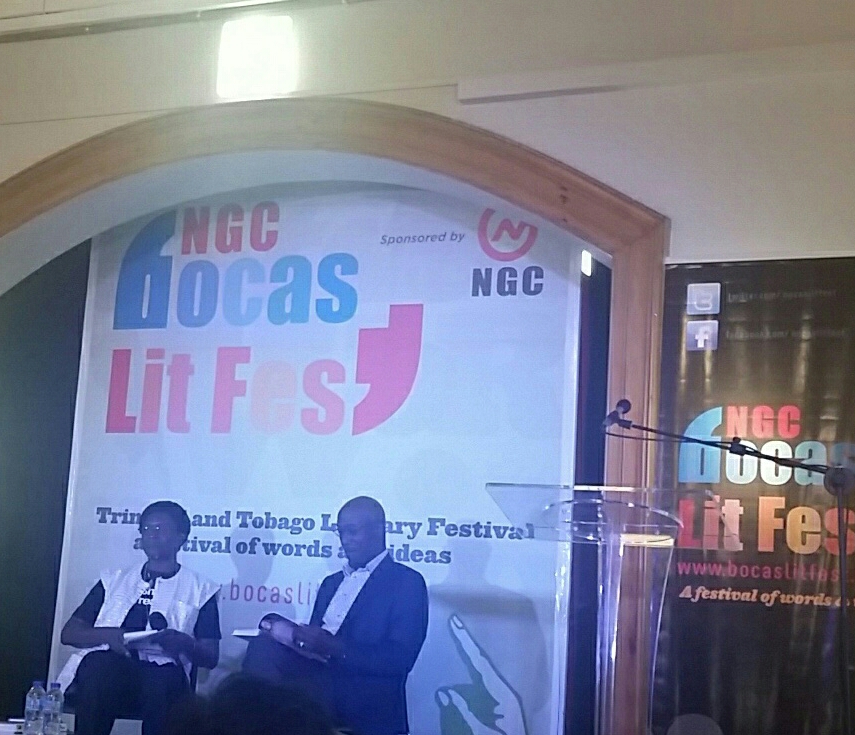 On the 27th April, 2017 I attended a One on One discussion with the Honourable Dr. Keith Rowley on his memoir From Mason Hall to Whitehall. He was interviewed by the Bocas Deputy Festival director Mr. Funso Aiyejina who clearly stated that it was an opportunity to see Mr. Rowley in a personal rather than a political light. Surprisingly, it was not the usual story of a beam of inspiration and burning desire to put pen to paper which led Mr. Rowley to write his book. It came about as a positive response to an unfortunate circumstance.

The publicity that came along with his involvement in the General Elections of 2015 meant that he was interviewed regularly. On one occasion, he was subsequently described as having a middle class upbringing which he stated was not true. It dawned on him that many people, including his family, did not know enough about him outside of the political arena. It was then that he decided to write From Mason Hall to Whitehall to fill those gaps.

He read from the chapter entitled ‘My Common Entrance Near Miss’ where we were able to gain insight into his difficulty in reaching to a point of eventually being able to do the Common Entrance examination.  He described this great stroke of luck as ‘a matter of fate’.

One particularly comical incident which he shared was typical for young, adventurous children with some extra time on their hands. After getting into trouble, Mr. Rowley and his friends slipped cardboard into their shirts to brace the impending share of licks. Much to their misfortune, an onlooker revealed the secret which led to them having to remove the cardboard and receive their punishment in full. The audience exploded with the laughter of those who would have undoubtedly had similar experiences.

The second reading came from the chapter entitled ‘My First Visit to Trinidad’. He was 8 years old the first time he visited and although Tobago was just next door, he described the great culture shock that he experienced. He lived in Laventille with his mother and fought through difficulties such as the lack of pipe borne water. Shortly after, he responded to a question from the audience about inspiring others through his writing and he responded by saying, “You shouldn’t put a lid on how high you want to climb”. It was evident then that this could have been his mantra moving through life and partly the reason why he was able to rise above the many obstacles he encountered.

Lastly, someone asked Dr. Rowley about finding time to write given his busy schedule. He stated that his best time for writing was between midnight and daybreak and he encouraged us all to find a quiet time during which to write. ‘There’s something inspirational about the quiet of the night.” he stated.

The time proved too short to delve into as much detail as we would have liked, nonetheless, everyone in the audience was able to witness and share in the fondness with which Mr. Rowley recalled his childhood and his journey through life. We were also able to appreciate his decision to expose himself to the vulnerability that naturally accompanies one’s decision to write about the most intimate details of their life.

Go grab a copy and get to reading!

lol…now I vex I missed this one.

That’s why I’m filling yall in lol. Waiting to read some from you 🙂

Hey, my name is Kimberly and I'm from the island of Trinidad.  I hope you love reading as much as I love writing.